The inauguration of the Biden presidency in January 2021 was filled with high hopes with respect to a renewal of the US security policy in Africa. Observers and analysts envisaged a major rupture with the political line of the previous US administration, foreseeing a greater emphasis on democracy promotion and the strengthening of diplomatic relations with African governments. Biden himself identified such goals as key pillars of his agenda for Africa in the run-up to the elections, moving away from the ‘America First’ campaign of the Trump administration. The latter did not hide its little interest in the continent, prioritising great-power competition while indulging in a few disparaging comments on the nature and consequences of Africa’s humanitarian crises, which risked undermining formal relations with security partners.

Concrete measures from the new US presidency have not been long in coming. The Biden White House has soon displayed an interest in African security affairs, reverberating throughout the administration’s statements on the crisis in Tigray (Ethiopia) and southern Cameroon. Furthermore, it has exhibited a willingness to reframe US initiatives in the continent to the eyes of local actors, identifying partnerships with African governments as opportunities for mutual benefits, rather than mere arrangements to contain China’s influence in local theatres. While it is too early for a thorough assessment of the new administration’s policy, those measures suggest that, in line with expectations, a shift in the US approach has occurred. However, to capture the full spectrum of such a shift, and better appreciate its extent, it is necessary to contextualise recent measures within the history of the US security policy in Africa.

Through the lens of history

October 1993 can be taken as the starting point of this brief historical excursus. If not a turning point, the so-called ‘Battle of Mogadishu’ during the operation of peace enforcement in Somalia has nonetheless represented a critical juncture in the evolution of the US security policy in Africa. Indeed, while signalling (again) the limits of American technological and logistical supremacy in asymmetric conflicts, it consolidated a tendency among US policy-makers towards the avoidance of military (as well as economic and political) risks stemming from direct interventions in the continent through the deployment of American troops. Such a tendency affected the political line adopted by the Clinton administration during the late 1990s, shaping the horizons of its ‘assertive multilateralism’. Critically, it contributed to building a wide consensus around a specific modus operandi to deal with security issues on the ground, setting the stage for the emergence of patterns of action centred on the use of air power and indirect support to African security authorities.

Such patterns became more evident in the policies of the Bush administration. Since the beginning of the war on terror, the latter refined partnerships with African governments, setting up an intricate web of assistance programmes to strengthen their security architecture. Despite the relatively limited focus devoted by the US to Africa during the early 2000s, the launch of counter-terrorism initiatives such as the 2003 East Africa Counterterrorism Initiative (EACTI) and the 2005 Trans-Saharan Counterterrorism Partnership (TSCTP) reflected the willingness of US policy-makers to project their military and strategic power in the continent in an indirect manner, relying on local forces to secure ungoverned spaces while limiting US boots on the ground. This ‘light footprint approach’ later became the trademark of the Obama administration, under which the provision of counter-terrorism training and equipment to African security units reached unprecedented levels, being associated with an increased use of unmanned drones as a means to counter the expansion of Al-Shabaab’s activities in Somalia.

Despite announcing a major break with the Africa policy of the previous administrations, the Trump White House did not alter significantly the US modus operandi, which in many areas of the continent continued ‘on autopilot’. True, the US often adopted an ambiguous approach towards historical allies and made some cuts to security aid delivered to Sub-Saharan Africa. However, the average annual expenditure during the Trump years was still higher than in the first mandate of the Obama administration, with some African partners in counter-terrorism such as Nigeria and Burkina Faso experiencing rising trends. Furthermore, despite displaying resistance to support multilateral security efforts, Trump did not refrain from expanding US military activities in the continent, authorising an increased use of drones in conflict areas. While playing a marginal role within the president’s media campaign, Africa remained in the spotlight of US foreign policy.

Seen from a historical perspective, the first year of the Biden administration makes no exception to the rule that, in the last decades, has governed the US security policy in Africa. Diplomatic efforts have been restored, and US policy-makers have taken distance from the rhetoric of the previous administration. However, so far, major changes in the US approach are yet to come. Faced with the increase in jihadist activities on the continent, Washington has tended to prioritise old patterns of action.

In West Africa, the Biden administration has confirmed its intention to ‘build on existing efforts’ against the Islamist threat, training and equipping local forces in the fight against Daesh and its affiliates. Meanwhile, the US has continued its military withdrawal from Somalia, countering Al-Shabaab in East Africa by resorting to indirect support to local actors and unmanned drones, whose use has increased significantly in the second half of 2021. Even the US approach to arms exports in the continent, which raised serious concerns during the Trump presidency, has yet to show signs of a complete recalibration.

Such a continuity exposes Biden’s security policy to the same dangers faced by the previous US administrations. Indeed, despite limiting the (military, political and economic) cost of US interventionism, countering security threats by resorting to air power or providing indirect support to local partner forces entails major risks. Besides unintentional consequences of drone warfare, two decades of war on terror have shown how security assistance can have destabilising effects in fragile settings, altering precarious balances or even enabling small factions to engage in predatory behaviour against civil society. This is all the more relevant in a continent like Africa, where many states face serious human rights challenges. Social frictions and endemic levels of corruption among African security units have frequently undermined the fight against jihadism, exacerbating humanitarian and political conditions on the ground.

Addressing such dangers will be a major challenge for the Biden administration in the forthcoming years. This, however, will not require renewing the US rhetoric or generating wider consensus around the main pillars of the president’s agenda as much as coming to grips with the strategic calculations that lie behind the stagnation of the US security policy in the last decades. Working ‘by, with and through’ African partners can advance the fight against terrorism in the continent, enabling local actors to access more resources and sophisticated instruments to increase state security. Still, Washington needs to make room for a more context-sensitive evaluation of the risks underlying security efforts in African countries. Only by starting with these more ‘pragmatic’ aspects of its engagement in the continent will the US initiate a tangible and effective restructuration of its Africa policy, infusing it with the democratic ethos of the new administration. 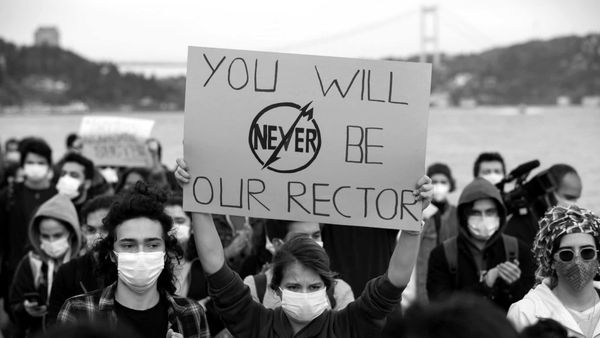 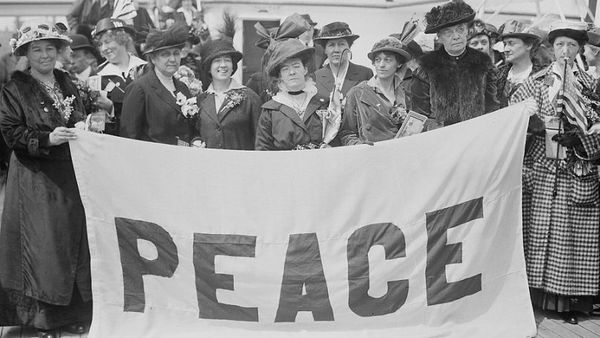