The desert, the ethnic mosaic, biopolitics and neo-patrimonialism on the screen.

Presented at the Cannes Film Festival, the film Timbuktu by Abderrahmane Sissako offers fertile ground for a sharper understanding of the conflict in Northern Mali. Some keywords.

«Don’t kill it, just wear it out!»: this is both the first and the last sentence of the movie Timbuktu, spoken from the mouths of some sort of post-modern hunters, gunning for a frightened gazelle in the middle of the Saharan sands while sitting on their 4×4 Toyota vehicle. To be sure, this scene can make reference to the traditional hunting technique of nomadic tribes living in the vast Saharan plains: one keeps on tracking the prey for hours and days if needed, until it eventually gives up, tired out by an extenuating march for which humans are fitter than animals; nevertheless, it can also be said to ambiguously provide a metaphoric interpretation of the overall conflict taking place in Northern Mali, which the movie more broadly portrays. The frightened gazelle, hunted by mobile gunners, stands for the state of Mali.

Timbuktu was screened during the last Cannes Film Festival, in 2014. The Mauritanian-born film director Abderrahmane Sissako (who also authored the famous movie Bamako in 2006, interpreted by the alter-globalization essayist Aminata Traoré, staging a trial against the World Bank) provides a fascinating perspective on the ongoing conflict in northern Mali. Benefiting from a unique stand-point of a representative of a growing African school of cinema, it departs from a paternalistic view that purports to “objectively” portray the events, and the unspoken moral judgement on the protagonists that the film conveys is less suspect of any sort of culturalist or political mediation. On the other hand, the point of view of Sissako is almost one of an insider, as the whole Mauritanian society has been closely affected by a conflict transnational in nature, where borders are nothing but lines traced in the sand.

For anyone – as the author of these lines – who is familiar with the dynamics of the conflict in northern Mali, Sissako has achieved to recollect within an artistic product some of the main features of a conflict whose complexity can be hardly synthesized. I will try to sketch the most salient features through the help of some keywords:

First, the desert. The environmental setting is a fundamental element to be taken into account when trying to make sense of this conflict, that could have hardly occurred anywhere else. Despite an increasing demographic trend, northern Mali is still a huge underpopulated area, where extremely harsh climatic conditions frustrate any attempt to undertake productive activities. Survival relies on trade, that is to say on movement, connections and social networks. Sissako was able to effectively suggest the idea of the vastness of the desert spaces through a clever use of sound and photography. Beyond dialogues, an impression of silence permeates the whole movie, due to the very limited use of soundtracks. The photography does the rest, as it achieves to strike a difficult balance between lyricism and sobriety, while it does not yield to the temptation of a romanticized or orientalised vision of the desert.

Second, the ethnic mosaic. Despite the journalistic vulgata, more or less consciously conveyed by unilateral media reports, the Sahara desert, and northern Mali in particular, is far from being the land of roaming Tuareg tribes alone. In fact Tuareg are a minority in most part of northern Mali as well as in the territory whose independence was claimed under the name of Azawad. On the one hand, the Tuareg is not per se a political subject, as it is deeply fragmented along clan affiliations, ethnic rivalries and social strata; on the other hand the Tuareg co-exist with many other ethnic groups, including Arab and Moor traders, Songhai farmers, Fulani shepherds, Bozo fishermen, Bambara public officers. In other words, northern Mali’s society is a melting pot, therefore largely unsuitable to be represented through the ethno-political maps of classical geopolitics à la Ratzel, drawing sharp boundaries between grographic aress of different (or differentiated, i.e. performatively made different) human settlements. In northern Mali instead, as geographers like Retaillé or social anthropologists like Scheele point out, the need for interdependence and reciprocation is precisely due to the fragile ecosystem and unpredictable climatic conditions, so that survival is strictly related to one’s willingness to invest in movement and social networks. The precariousness of the social balance that results is clearly highlighted by Sissako, who doesn’t fail to recognize that the breakthrough of the most ideologically connoted movements (such as AQIM jihadists, but also the Tuareg secular independentists of the NMLA) is very much nested in preexisting patterns local communal fights (namely related to the control of vital – and scarce – sources of water) that it dramatically contributed to boost, namely through the supply of weapons, money and political motives. This is, in the end, the sense of the story opposing the Tuareg shepherd Kidane, one of the protagonists of the movie, and the Bozo fisherman Amadou, that Sissako portrays with moving elegance.

Third, biopolitics. Assuming the stand-point of Timbuktu’s residents, Sissako points at the brutal imposition of Islamic law enforced by the Islamic fighters controlling the city upon the population. We are not told if the radical Islamists belong to Al-Qaeda in Islamic Maghreb (AQIM), the Tuareg Islamist movement Ansar-Dine, the Arab/Moor Islamists of MAA, or any other katibah in which the religious ideology of no-borderism and the protection of illegal trade fade into one another. Indeed, this broadly reproduces the local perceptions and commonsense, as residents have been constantly reporting that “the jihadists are all the same”, and that it was not uncommon at all to see individual fighters jumping from one movement to another with no hindrance whatsoever. Nevertheless, the brutality of religious strictness and its impact on local customs, traditionally more relaxed and open to the influence of local cults, was felt heavily by the population as an arbitrary, and often violent, interference with one’s private sphere. Despite the absence of ideological or military defenses available to the local people, the project of pervasive discipline and control promoted by the jihadists had to come to terms with a threshold of unexpected resistance: people’s bodies. Foucauldian biopolitics therefore proves to be extremely relevant even in the remote desert spaces of northern Mali, as long as Timbuktu’s moral politics clearly display the continuation of war with other means, such as coercion, propaganda, and the emergence of a new pastoral power imposing upon the subjects a new form of transparency. This is masterfully represented by Sissako in a series of sketches of mainsails intensity. He shows that the point of convergence of the policy measures – sometimes tragically absurd – imposed by jihadists to the local population is the body, through its multiform expressions: sports, clothing, rhythm and music. The scene in which, aiming to escape the controls of the Islamic police, the football match of local youth takes place with equal passion but without the ball, and just mimicking an actual game, is destined to enter in the repertoire of classic African cinema. It would be fun, if it were not correspondent to the terrified reports of actual residents of northern Mali. Unfortunately, the movie doesn’t go further than simply hinting at those social movements born under “Islamist occupation”, as they qualified it, who dared challenging the unwelcome intrusion of self-appointed moral judges into the private life of citizens, at the risk of their lives. It is for instance the case of the movement from Gao “Nous Pas Bouger” (We Not Move, in which the grammatical inaccuracy is intentional), whose very name seems again to blink at Foucault’s theory of the inertial resistance that human bodies inevitably oppose to the discipline imposed by political regimes of any sort.

Fourth (and last), neopatrimonialism. Making reference to the theory of African politics that a growing number of eminent scholars is embracing (including – although with different accents – people like Cristopher Clapham, William Reno, Kevin Dunn, Morten Boas, Pierre Egelbert and many others) can contribute to illuminate the deep sense of the emphatic sentence that accompanies the film from the beginning to the end: «Don’t kill it, just wear it out!». This is, in the end, the veritable goal of the rebel movements of northern Mali: if they defeated Mali once forever, and achieved their proclaimed goal, they would be stuck. They wouldn’t know what to make of their own independent State in the middle of the sands, where no significant mineral resources seem to be accessible (unlike the surrounding States of Algeria, Niger and Mauritania, where instead, and significantly, no equivalent large-scale military rebellion has been taking place). Those who fight in northern Mali, or those who support the fighters through political and economic backing, are precisely the ones who benefit more explicitly from a non-functioning State: traffickers, smugglers and local élites that manage to manipulate the massive inflow of international aid. Scaling-up the level of confrontation with the central State to the military stage is for them a way, and very effective indeed, to negotiate a better stake of these rents, as an-unspoken part of the peace deals discussed in the 5 stars hotels of Ouagadougou or of Algiers. This is precisely what occurred with some widely known warlords of northern Mali, who have been miraculously amnistiated – at the very last minute – of the war crimes they were allegedly responsible of, in order to run for parliamentary elections in support of the presidential party. The newly elected President then desperately needed their backing to win the support of powerful networks in the north, and the warlords needed to access the sphere of power in Bamako to better protect their interests. Nevertheless, the recent outbreak of new hostilities in northern Mali (as highlighted by the events in Kidal of last 17th and 21st May) proves beyond any doubt the precariousness of the balance so achieved. Don’t kill the State of Mali, just wear it out, in order to better extract its resources, prevent it to collect the necessary means to fight back, and force it to come to terms with your demands. So long that political elites and warlords, State and non-State, public and private interest, legal and illegal, tend to overlap and fade into one another: just like the prey and the hunter, as Deleuze would observe.

The last feature in understanding the complex dynamics of the conflict in northern Mali would have been drug trafficking. But this dimension has been neglected and left out by Sissako in his narrative. Which is perfectly fine, since Timbuktu is framed as a piece of art and not a piece of science, a film and not a reportage, and therefore it doesn’t necessarily need to look for completeness. Unless we wanted to judge him just like professors sitting in PhD commissions judge PhD candidates most of the time: not for the work that is actually done, but for what is left out, and they would have loved to find in it. 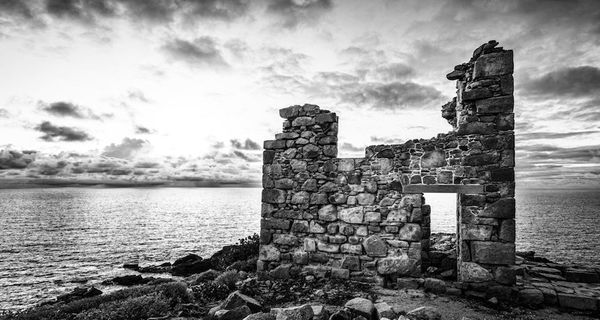 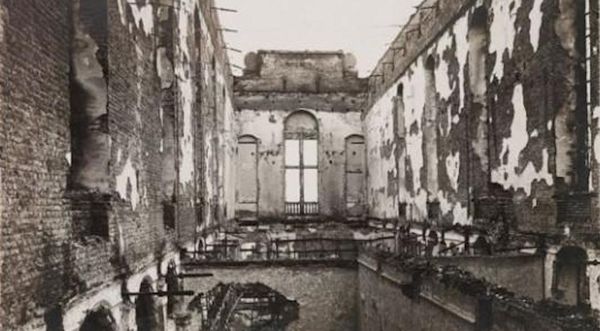 Ravaged—Art and Culture in Times of Conflict at M Museum in Leuven, Belgium (until September 1st 2014), marks the centenary of the First World War. The exhibition has truly ⋙