With the loss of the last stronghold in Baghouz, ISIS has formally been defeated. However, according to the UN Office of Counter-Terrorism, its threat could increase because of combatants returning home, relocating or being released (UNSC, 2018). The time is ripe for change in the debate on preventing the spread of 'extremist ideologies'.

In an era where large part of the recruitment and radicalization takes place online, defeating ISIS means undermining its core by discrediting the very ideology from which its legitimacy and appeal arise. While the response of governments has mostly focused on hard power, policy failure calls for a new approach.  Although the end of the ISIS land caliphate has been announced, the “virtual Caliphate” is far from being defeated. Recently, the EU's Commissioner for the Security Union Julian King stated that even if ISIS has experienced a major decline in its global influence and territorial presence, it does still use the digital space to promote its extremist ideology (Brown, 2018). In fact, the very open-nature of the Internet makes it impossible to control and ban extremist content. Moreover, with the endurance of the “virtual Caliphate”, there is strong need for innovative solutions that involve not only governments, but also the civil society, academic institutions and organizations.

In search of a new approach

The idea of fighting the ideology in order to defeat the vital lymph of a terrorist group is not a new one in the international debate. As a matter of fact, de-radicalization programs have been used by governments since at least the 20th century and with a recent uptick following the surge of extremist Islamist groups, from Al-Qaeda onwards. De-radicalization is generally a post-crime process that aims at reducing the risk of relapse or at limiting the spread of violent extremism in particularly sensitive environments such as detention centers. Most of these programs either seek to explicitly change the ideology that motivates individuals to join terrorist groups or to disengage them from perpetrating violent acts. Yet, the results are mixed and controversial.

This kind of approach seems to fail because it is premised on the idea that it is the individual that is deviated, thus ignoring the environment that feeds extremism and radicalization in the first place. De-radicalization programs focus only on inducing a  change and neglect the root causes: they primarily blame the individual for mis-interpreting Islam, ignoring the role of states and institutions. Unfortunately though, focusing exclusively on the theological debate and disregarding the socio-cultural nuances misses a large part of the picture. As various strands of research show, jihadists often embrace their creed for reasons that are only partially related to the religious cause. Many of them join for grievance or to get a sense of identity, they seek justice, the thrill of adventure, or they simply try to give a meaning to a life of poverty and hardship. Vulnerable individuals seek a sense of community, and if the governments and the civil society fail to provide them with it, somebody else will. At the light of those findings, more than a de-radicalization approach, what is needed is a counter-radicalization approach.

Counter-radicalization practices are pre-emptive and seek to counter the appeal of radical ideologies by offering counter-narratives using the same pull adopted by the terrorists, but in an opposite way. According to the British Institute for Strategic Dialogue, a counter-narrative “is a message that offers a positive alternative to extremist propaganda”. The aim of such measures is to deconstruct and delegitimize terrorist power and appeal by producing a narrative which goes against and eventually overcomes the one offered by extremists. Moreover, behind the will of countering terrorism, alternative narratives want to offer new tools to develop critical thinking and literacy among the young civil society. It can be further said that everybody can potentially be positively affected by counter-narratives according to what is sometimes referred to as the Danish approach. Efforts in this sense are made mainly to target individuals in extremist milieus and those at risk of radicalization, accomplishing, in this way, not only intervening responses but also anticipatory results (Hemmingsen, 2017).

Given this scenario, reframing the entire debate on how to fight Islamic terrorism at the ideological level becomes crucial. Indeed, understanding the reasons that motivate individuals to become radicalized in the first place could really make a difference. Therefore, counter-radicalization practices should adopt a bottom-up approach that requires cooperation among governments, civil society, academic and cultural institutions.

Expanding the debate on counter-narratives

Although we can already observe the use of counter-narratives as means to fight terrorist propaganda (e.g. EU, UN), this approach too presents its own weaknesses.

First of all, there is an established literature on the so-called backfire effect that could be employed to study and predict the possible flaws of this strategy. Such effect is the phenomenon of corrective information boosting people original beliefs (Big Think, 2013). As Nyhan and Reifler (2010) discovered, “corrections actually strengthened misperceptions among the most strongly committed subjects”. Moreover, findings showed that the evidence in favour of this claim was particularly significant for those individuals strongly attached to their ideals. Thus, the backfire effect could theoretically be valid when dealing with radicalized people and might indicate that counter-narrative campaigns are not always effective, nor appropriate. Some actually perceive them as instruments reiterating and giving recognition to the narratives used by terrorists. Counter-narratives, therefore, seem to be also consistent with the existence of terrorist propaganda: they play a role in the same channel propaganda does and, simply by existing, they seem to “reinforce the very narratives they are attempting to stifle” (Hemmingsen, 2017).

The relatively recent application of this strategy emphasizes the need for more  to shape effective counter-narratives. Arguably, due to the lack of empirical evidence, coupled with insufficient knowledge of the methods used by terrorists to spread their narratives, the main assumptions of this approach remain unproven.

Some scholars (Etzioni, 2016) maintain that former American effort at counter-narratives failed because they pushed ideals of capitalism, secularism, and democracy that would be alien to the culture of the Arab and Muslim world. Indeed, counter narratives rooted in the culture of the population that they target are likely to get more traction. However, one should be also wary of essentialising what the  “culture” of the  “Arab and Muslim world” is supposed to be. After all, claiming that democracy is a foreign concept imported from “the West” mirrors some of the tenets of Islamist or Salafist ideology. Rather than pointing at their intrinsic content or supposed place of origin, counter-narratives are more likely to fail because of their association with foreign military occupation or support for authoritarian regimes that are deeply resented.

Notwithstanding the recent debate on the effects of counter-narratives, counter-radicalization approaches have already been implemented both online and in real-life settings. For instance, “Rescue me” is a crime prevention center located in Beirut that, together with de-radicalization, seeks to carry out counter-radicalization campaigns. Indeed, this center not only targets those who were radicalized throughout a rehabilitation process, but it also works with children in order to provide them with a sense of identity and to minimize the likelihood of them becoming radicalized in the future (Internazionale, 2019). Another important example is “Say No To Terror”, an online counter-radicalization campaign which shares videos and pictures entirely in Arabic, specifically targeting the Muslim Arabic community (Aly, Weimann-Sacks, 2014). The videos use Quranic verses and popular Hadiths and rely on Muslim traditions that value family and the collective good over individualism. Among other things, the campaign attempts to raise public awareness of the way terrorists collect money through fundraising. In particular, it calls on viewers to take personal responsibility for ensuring that charitable donations and zakat do not end up funding terrorism. In many posts, Islamic extremists are deliberately portrayed as the real enemies of Islam as they feed Islamophobia.

Reframing the fight against terrorism is an ongoing process and given the new scenario recently emerged on the web, the counter-radicalization approach can be the key to more effective solutions. Nonetheless, there is a strong need for more accurate research on counter-terrorism practices, with a focus on the psychological aspects involved in recruitment. Despite s0me weaknesses, counter-narratives do hold the potential to write a new story.

Reed, Alastair (2018). An Inconvenient Truth: Countering Terrorist Narratives - Fighting a Threat We Do Not Understand.2 July 2018. International Centre for Counter-Terrorism, The Hague. https://icct.nl/publication/an-inconvenient-truth-countering-terrorist-narratives-fighting-a-threat-we-do-not-understand/ 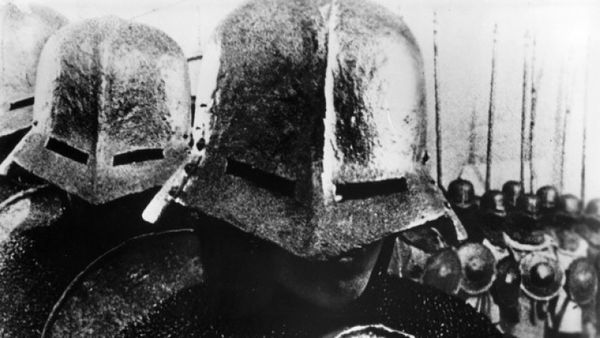 Considered as the third revolution in warfare, after gunpowder and nuclear arms, lethal autonomous weapon systems (LAWS) pose many challenges and raise many questions within state institutions and the civil ⋙ 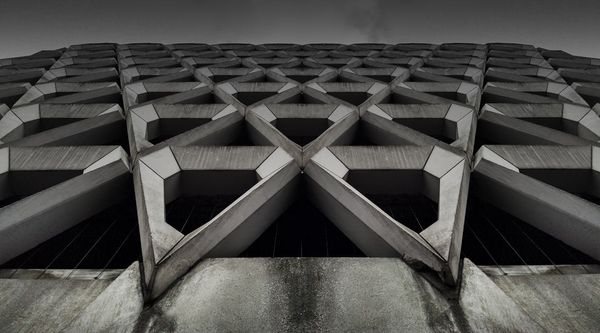 Hannah Arendt’s famous thesis is as often quoted as misunderstood. While she was proven wrong in assessing Eichmann’s historical role and personality, even where she erred, she did ⋙