Ravaged—Art and Culture in Times of Conflict at M Museum in Leuven, Belgium (until September 1st 2014), marks the centenary of the First World War. The exhibition has truly achieved to exceed the purpose of commemorating the violence of the war, and of displaying the usual ‘victimhood’ narratives, by taking instead a different path. Despite its starting point (both time and space wise: the ravage of Leuven in August 1914), its red thread becomes how conflict and war impact art and culture, and how they violate people’s physical, historical, and cultural safety. The exhibition moves constantly in time and space, making possible different re-configurations of sensory experiences, and inclusion of multiple stories, some even conflicting with each other. As such, it sets out the encounter, and possibly the clash, of heterogeneous elements and as such becomes truly a democratic space.

The exhibition is divided into five sections or themes, and spans from the 15th century until today. The themes are destroyed cities, ruins, iconoclasm, art and propaganda, and art theft. The painting Mars Destroying the Arts by Michiel Sweerts in the 17th century portraying a remorseless soldier plundering a violin, paintings and sculpture is put side by side with the work of the conceptual artist Adel Abdessemed called Cheval Arabe, a small sculpture from 2011, which points at the close relationship between slaughter and propaganda. This timescape, memoryscape, and aesthetics tension is the main feature of the exhibition.

The exhibition starts with the burning of the Leuven University Library. In August 1914, Leuven was subjected to days of destruction by the German army as they marched through the country on their way to invade France, burning Leuven to the ground and executing hundreds of civilians. Twenty thousand buildings were destroyed, including the city’s historic and renowned university library.

This section was incredibly important for a person like me who lacks the memory and this narrative of the city. My complex relation with the city, was paradoxically strengthened by seeing the devastation it has gone through only one hundred years ago, and especially the resilience and energy it has shown afterwards to rebuild itself. I realised on the one hand how much I took for granted the ground I walk on and on the other hand how fragile and strong this ground is at the same time. What was striking for me in particular is that while the exhibition focused on the destruction of art and culture as the main ravage, my attention in this particular case focused on a city map which showed the houses that had been burned. I could trace in that map important places in our daily lives. The feeling this map created in me was of disbelief, sorrow and respect. 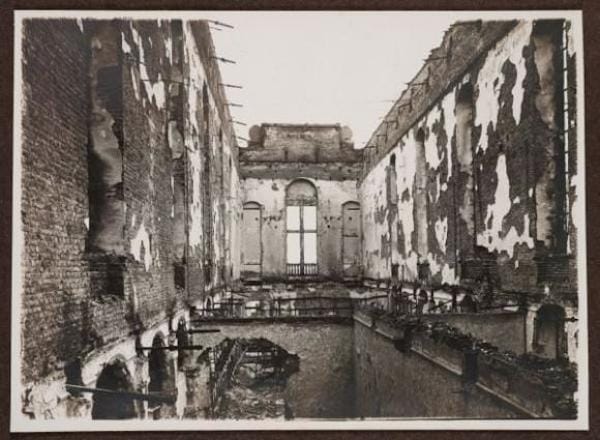 Expressions of support and donations of books and money to Leuven flowed in from around the world, but the most generous gift came from the America who promised to build a new library in Leuven after the war. In gratitude, Belgium offered America an enormous tapestry, done by artist Floris Jespers, one of the most important figures of Belgian avant-garde. The Leuven University Library stands in the centre of the work. On the left, we see the American food aid sent by the Commission for Relief in Belgium (CRB), and in the centre Herbert Hoover, CRB’s chairman, holding in his hands the honorary doctorate bestowed upon him by KU Leuven in 1924. The inscription on the tapestry reads: “The United States saved Belgium from starvation during the war. When peace came they helped to rebuild the country and its scientific institutions.”

This particular work was striking for me too, because since I have arrived in Leuven I work in a square called Herbert Hooverplein, which has been for me during all these years just an address, to receive letters and visitors. I never before questioned its name, I never knew what it stood for. I know now who is Herbert Hoover in relation to this city. 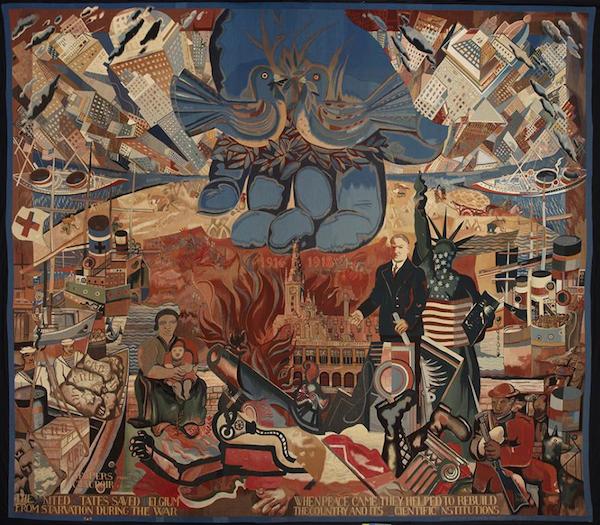 As I mentioned, the richness of the exhibition is that, while centering on key questions, it moves in space and time. Thus we are fast forwarded from Leuven in 1914 to today’s Beirut. Lamia Joreige’s Beirut, Autopsy of a City (2010) illustrates her constant fear that the city would be destroyed. Unlike linear official histories, she has created a multidimensional timeline of photographs, drawings, film and text where the past and present merge. This has created a sort of reframing of reality, a way of building new relationships between the individual and the collective.

Mona Hatoum’s Bunker shows an apocalyptic cityscape in Beirut. The installation is a series of thirteen blackened structures, pocked with bullet holes, scarred by grenades. The installation’s imposing scale and oppressive and dark atmosphere were extremely confronting as it brought close the physical experience of violence. It was almost as if you could touch the fear of losing one’s life, one’s home, one’s children, the fear of losing everything and everyone, including a place to hide. For her no bunker is a safe space. These works for me were extremely accessible, maybe because of the scale, maybe because of the huge emotional involvement of both artists. They were also reminders of the daily realities of the war in many places around the world, when war is not only a haunting memory but a haunting reality. While some people need to remember, some people cannot even forget. 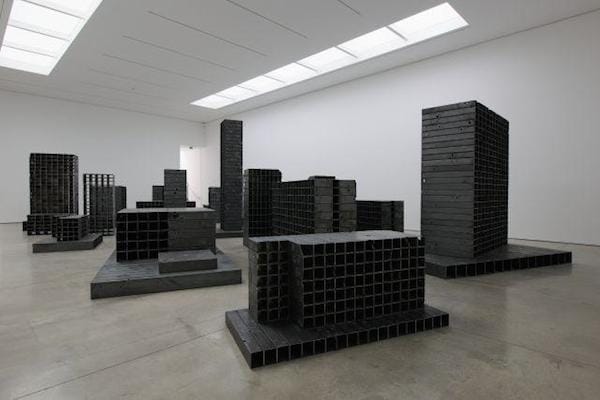 Ravaged moved between reality and fiction, history and myth. It took us to the crushed mythical cities of Sodom with Landscape With The Burning Of Sodom by Henri Bles; Troy with The burning of Troy by Simon de Vlieger; and Costandinopole with J.M.W. Turner’s The Burning of Constantinople. These and other works while showing how war destroys art and human construction, at the same time hint at how destruction and the aesthetics of war inspires art. It was more difficult for me personally to engage with the older works. Compared with the power of the large-scale installations and conceptual pieces the paintings seemed smaller and precious. The first impact is one of beauty, and that beautiful medium and framing creates a sort of detachment from the viewer as it lacks a sense of urgency.

Particularly interesting was the Art and Propaganda section. Fernando Bryce in his piece To The Civilised World (2014) has taken original newspapers, postcards and pamphlets related to the destruction of the library and re-drawn them beautifully in ink in a sort of mimetic analysis. In so doing, he questions the different sides of the narrative of the war and therefore he questions truth. The truth, particularly in war, is often about perspective and framing. The truth gets constructed, and has to be negotiated. This clearly reminded me of the Turkish denial of the Armenian genocide, and how two totally and absolutely different truths can co-exist. It is also extremely interesting to juxtapose these propaganda materials to the concrete materials of the ravage. The whole framing of the exhibition walks a fine line between fiction and reality, between the real and symbolic, between construction and destruction.

In the final rooms of Ravaged, art and theft is examined. While the focus is always on Napoleon and Hitler as the main art looters in human history, the looting unfortunately has had no nationality and no clear face. Nevertheless, despite the fact that in human history no nation and state can be excluded from looting and especially so in times of war and violence, it was extremely important in the exhibition to put the focus on colonialism and the cultural violence and cultural damage it has produced. The Iraqi Ishtar Gate, which dates from 575 B.C., is one of the most famous stolen artworks in history. In the early 20th century, it was dismantled by a German archaeologist and rebuilt at the Pergamon Museum in Berlin. A 1950s reproduction of the Ishtar Gate now stands near the ancient ruins of Babylon. Michael Rakowitz has made a replica of the gate using Arabic food packaging with colours that correspond to the original gate. The title of the work is derived from the name of the processional route that started at the Ishtar Gate: Ay-ibur-sabu (street of Babylon). The impressive scale and the work of the artist conveys the irony of displacing works of art out of their contexts, dismantling them, reconstructing them in foreign contexts, making replicas in their original places, and having replicas of the replicas travelling in new contexts.

The exhibition which had started with the Leuven Library ends with a library. Emily Jacir’s ex libris reflects how in 1948 in Palestine, 30.000 books were looted by the Israelis, and 6000 taken to the National Library in Jerusalem and marked AP – Abandoned Property. Jacir has photographed these books with her camera phone during a period of two years, and her piece is an installation, presented on shelves as if in a library, of the images, the stamps and personal notes inside the cover, the inscriptions, the names and addresses handwritten by the owner. The most interesting thing for me was that while the violent action was clearly bewildering, what truly made me angry was the term used to archive the work: Abandoned Property. This is for me the violence of the framing.

The framing functions normatively, but it can, depending on the specific mode of circulation, call certain fields of normativity into question. I would like to close this piece with some confusing insights. In one of the sections there were three video installations of book-burning in three different contexts, one was the book burning by the Nazis in 1933, one was the Green Books burned by young insurgents in Libya in 2011, and the last one showed the burning of books and photo albums about the Shah during the Iranian revolution in 1979. Now, framing these as parallel acts in time and space, where the common thread remains the destruction of art and culture, creates confusion and tension to say the least. This is where I felt particularly strong that the move in time and space failed, that it needed something else. If we insist in the exhibition as a democratic space which sets the encounter and possibly the clash, of heterogeneous elements and multiple stories conflicting with each other, then this parallel framing is maybe not so problematic after all. If this is about a clash, then this is a clash. 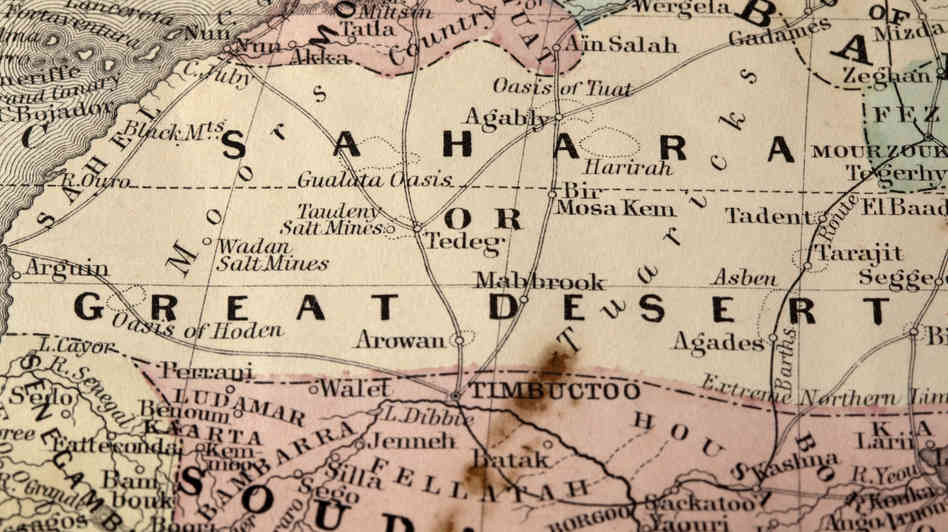 The desert, the ethnic mosaic, biopolitics and neo-patrimonialism on the screen. Presented at the Cannes Film Festival, the film Timbuktu by Abderrahmane Sissako offers fertile ground for a sharper understanding ⋙ 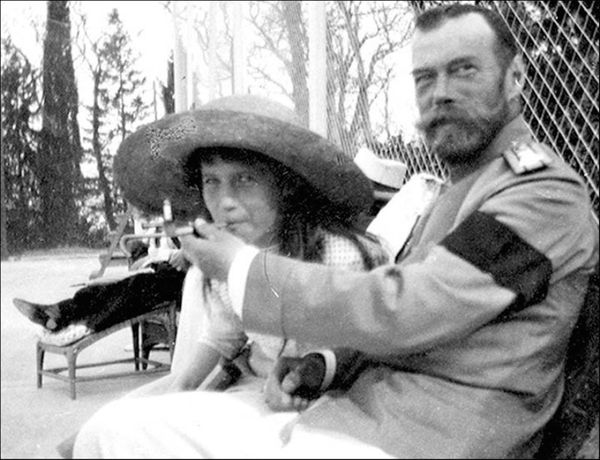