What is the role of the EU in the fields of preventing and countering violent extremism (P/CVE) in the Sahel? Following the adoption of the EU Sahel Strategy in 2011 and in anticipation of the upcoming release of its renewed strategy, on 14 January 2021 the Sant’Anna School of Advanced Studies (SSSA) in Pisa and the Alliance for Rebuilding Governance in Africa (ARGA) based in Senegal, organized a timely online discussion to take stock of the EU engagement in the region. In the framework of the H2020 project PREVEX (Preventing Violent Extremism in the Balkans and the Mena: Strengthening Resilience in Enabling Environment), led by the Norwegian Institute of International Affairs (NUPI), several regional experts, researchers, institutional officials and civil society actors animated the debate on the policies, actions and projects, as well as the underlying concepts and narratives, through which the EU substantiates its P/CVE practices.

While presenting the latest PREVEX ‘Policy Brief summarizing the EU and other stakeholders’ prevention strategy towards violent extremism in the Maghreb and the Sahel’, Abdoul Wahab Cissé from ARGA outlined the five main narratives of EU P/CVE projects in Mali and Niger: securitization (P/CVE is framed as a strategy to secure stability); good governance (liberal values and institutions can address root causes of violent extremism); social cohesion (P/CVE aims to reinforce the overall cohesion of society as existing conflicts fuel violent extremism and individuals at risk often belong to a specific community); cognitive radicalization (the main driver and manifestation of violent extremism are identified in individuals’ vulnerability to cognitive radical propaganda) and gender (values, norms, laws, and relations that promote gender equality provide a unique entry point to tackle violent extremism and promote community resilience). The examination suggested that the securitization narrative, with its emphasis on assistance that builds local capacities to repress violent extremism, disrupt its networks, and neutralize militants, is by far the predominant frame through which P/CVE initiatives are conceived in the Sahel. Also, by conflating counterterrorism and P/CVE initiatives, the EU has adopted a policy model that stirs clear from the “global war on terror” approach towards a “criminal justice” model based on the judicialization of the fight against terrorism and violent extremism thus pushing for the adoption of legal instruments and procedures to effectively investigate, prosecute, sanction, and deter terrorism and violent extremism.

In fact, the EU has also been involved in the adoption of a number of strategies in the domains of security and development. Moulaye Hassane, Head of the Fight against Radicalization and Violent Extremism Program from the Center for Strategic and Security Studies of Niger, recalled that in Niger’s case, the EU has encouraged and assisted in the drafting of the National strategy for preventing radicalization and combating violent extremism and the Internal Security Strategy under the supervision of the High Authority for the Consolidation of Peace (HACP). Although a strong emphasis on the security-development nexus is also highlighted in a number of additional strategies such as the Security and Development Strategy and the Sustainable Development and Inclusive Growth Strategy, the EU’s security-development strategy in Niger tends to subordinate the latter to the former. Also, according to Moulaye Hassane, notwithstanding the abundance of strategies and resources deployed, trying to develop effective communication strategies from local communities towards the different policy-making spheres is one of the main challenges that still needs to be addressed.

Furthermore, Ornella Moderan, Head of the Sahel Program at the Institute for Security Studies based in Bamako, pointed out that while it is important to account for EU P/CVE efforts in the fields of hard security, social cohesion and economic recovery, it is essential to look at the broader EU approach in the region, including the humanitarian field, health- and education-related projects. To this end, given all the initiatives that are put in place, the main challenge rests on coordinating these efforts, not only within the EU structures and bodies involved, but also among the different EU Member States and all the other intervening actors in the Sahel. Additionally, whilst most of P/CVE projects tend to assume that radicalization and violent extremism are mostly driven by radical religious ideology, Ornella Moderan explained that radicalization is a very complex phenomenon where religious motivations play a rather marginal role. In fact, according to an ISS study, engagement in jihadist groups is linked with societal dynamics: where the socio-economic system is perceived as unfair and excluding, violence is normalized and arms abound, marginalized and frustrated individuals can recur to violence and claim religious legitimacy to assert their agency. Moreover, according to the theory of change that is implicit in the EU P/CVE approach, the lack of economic prospects is one of the factors that drive engagement in jihadist groups. But while unemployment is one among several other factors, it is endemic and structural poverty - that is perceived as irreversible - and the lack of prospects and credible options which are the structural components influencing affiliation greatly. At the same time, Ornella Moderan claimed that some individuals join not only because they have difficulties in making ends meet but precisely because they have a livelihood, deriving from licit or illicit activities, that they wish to protect. Therefore, as the reasons to join jihadist groups are manifold and the factors are not mutually exclusive, in order to be successful, P/CVE efforts need to have a multisectoral approach accounting for the complexity of the reality on the ground and they need to have more programmatic flexibility allowing for rapid adjustments as the situation changes.

The importance of local dynamics and agency is another key point that emerged during the discussion with local experts, who emphasized the need to promote dialogue with local communities in order to ensure their real involvement transforming them from participants to actors. This is also connected with the necessity of having a more localized approach, supporting local ownership of CSOs by encouraging more small-scale projects rather than overly ambitious projects and by simplifying heavy bureaucratic procedures that require big administrative apparatuses and proficiency in a specific formal jargon. Considering that the Malian and Nigerian CSO universe is mostly populated by small organizations, these obstacles tend to hinder participation for most of them. It is also striking that while insurgents groups have adopted localized strategies and are extremely reactive, according to Ornella Moderan, the actors’ heavy institutional machines that wish to counter them become a burden as they need to follow institutionalized procedures which inevitably slow down the process.

It has also been argued that if, on the one hand, violent entrepreneurs have proven to be skillful in exploiting frustration for the lack of governance and services, on the other hand, the envisaged solution of the reestablishment of the rule of law depends on what kind of state should be restored. Abdoul Wahab Cissé called attention to the fact that stabilization should also entail the transformation of a predatory state into a nurturing one, a state that serves the interests of the people rather than its own, ensuring the well-being of local communities delivering services and providing them economic perspectives.

A remarkable example of building resilience and local ownership was given by a participant from Taoudenni in the north of Mali who explained how his association Paix et Progrès set up a project to create an economic pole revolving around a salt mine. Two years on, it represents not only a source of income for the local communities, but it is also a gathering center which is protected and cherished by the community.

Finally, Luca Raineri from the Sant’Anna School of Advanced Studies, pointed out that although the EU in its P/CVE approach is claiming to attach great importance to development in the Sahel as it considers that the main drivers towards violent extremism are poverty and the lack of perspectives, a real theory of change is still lacking. So, it would be necessary for the EU to develop a more coherent and theoretically funded theory of change of violent extremism by investing in large-scale research programmes on the drivers of violent extremism and fine-grained conflict analyses of the contexts of P/CVE interventions. He also stressed that while EU is claiming to do gender mainstreaming in P/CVE, the analysis showed that the gender dimension is the least developed in EU practices. A more accentuated focus on gender dynamics would allow the EU to have a more attuned conceptualization of violent extremism and achieve better results in countering it.

Overall, the situation is extremely complex and there is no one-size-fits-all approach. At this point, there are more questions than answers, and while more research is needed, all the actors involved, the international community and researchers included, should listen more to the realities on the ground. 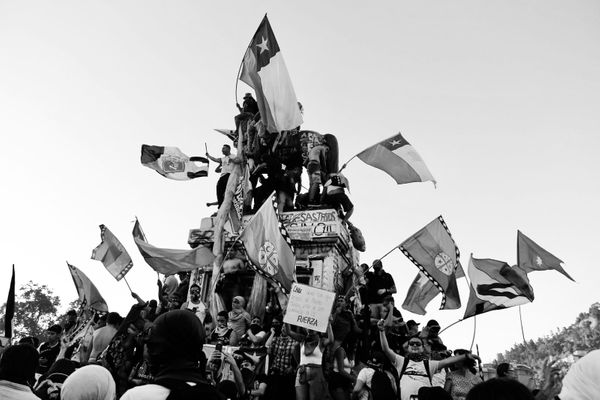 On 26 October 2019, during the heydays of the Chilean Protests, hundreds of people were waiting for Joshua Maureira outside the prosecutor’s office where he was giving his statement. ⋙ 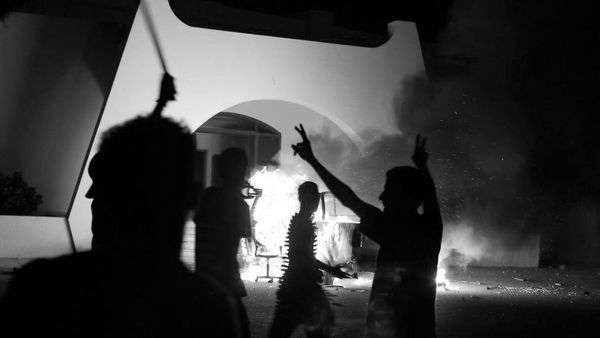 Following the adoption of the European Union’s counter-terrorism strategy in 2005, the EU Strategy for combating radicalization and recruitment to terrorism has increasingly emphasized the ‘internal-external security nexus’ and ⋙