A conversation about society, politics, and philosophy in the time of coronavirus and the current historical conjuncture. The coronavirus and the measures aimed to cope with it have severely impacted the lives of many and resulted in significant change in national and international agendas. Beyond political agendas, intellectual ones have also begun to re-shape themselves accordingly. Through old but ever-relevant philosophical concepts such as biopolitics, surveillance, state of emergency, body and power, community and immunity, the works of philosophers such as Michel Foucault, Roberto Esposito and Giorgio Agamben stand at the center of intellectual debates ignited by these events.

Roberto Esposito is a distinguished thinker in contemporary Italian political philosophy who works at the Scuola Normale Superiore in Pisa. He is the author of many books on the origin of community and immunity. In this respect, a series of three books discusses the concepts of biopolitics, community and immunity: Communitas. Origine e destino della comunità (1998; new edition 2006; tr. Communitas: the Origin and Destiny of Community, 2004); Immunitas. Protezione e negazione della vita (2002; tr. Immunitas. The Protection and Negation of Life, 2011); Bios. Biopolitica e filosofia (2004; tr. Bìos: Biopolitics and Philosophy, 2008). These concepts have been further researched and developed also in Termini della Politica. Comunità, immunità, biopolitica (2008; tr. Terms of the Political: Community, Immunity, Biopolitics, 2012).

In these books, Esposito explores the relationships between these three concepts — immunity, community and biopolitics — and questions the possibility to connect them with each other. According to Esposito, it is not only possible, but necessary to connect them. In this regard, it is only in relationship with one another, that each term finds its fullest meaning. In his penultimate book, Da fuori. Una filosofia per l’Europa (2016; tr. A Philosophy for Europe: From Outside, 2018), he examines the relationship of European philosophy with “outside” ones and addresses the interconnections that render the very existence of Italian philosophy possible via its dialogue with French, German, and other traditions.

In Pensiero vivente: Origini e attualità della filosofia italiana (2010; tr. Living Thought. The Origins and Actuality of Italian Philosophy, 2012) the author highlights the originality of Italian philosophy and its relationships  with other philosophical cultures. The de-territorialisation (deterritorializzazione) of Italian philosophical work does not occur in the same way as it did for German or French philosophy, which saw members of the Frankfurt School escaping from the Nazis and emigrating to the U.S., or French philosophers invited to lecture overseas. The de-territorialisation of Italian philosophy arises from a hybridizing attitude (ibridazione). Esposito describes the differences between these philosophies or thoughts: if German philosophy is working on the concept of negation (negazione) and French theory is based on the concept of neutralization (neutralizzazione), Italian thought presents an affirmative character (pensiero affermativo).

Security Praxis interviewed Esposito by email, in Italian, at the beginning of April 2020.

Sevgi Doğan: First of all, I thank you Prof. Roberto Esposito, for your time and for answering my questions. My first question concerns the measures taken about coronavirus. How do you evaluate the measures undertaken in Italy to protect the population from the virus and in particular the provisions that enforced home confinement?

Roberto Esposito: I consider those measures as a necessary evil. The alternative would be that – initially mulled over in the U.K. – of herd immunity, which necessarily passes through hundreds of thousands of deaths. It may be possible that we will have to get there if the strategy of social distancing adopted in Italy and in many other countries fails. But I do not wish it. The intermediate way is to identify those who have already developed some immunity and begin freeing them from isolation. But it is still too early to know how things will happen.

Sevgi Doğan: Do you think that society is changing with coronavirus? Perhaps, it is too early to talk about it but, if so, what kind of change do you expect? What do you expect from a political change? How do you think philosophy faces this change?

Roberto Esposito: I do not think, like some, that we will go towards an authoritarian model because it is more able to face pandemics. Let’s not forget that coronavirus is coming from an authoritarian country—I am saying that without any “anti-Chinese” prejudice. The reality is that, if communication, at least that of doctors, had been free and had not been prohibited, things would be better for everyone. At the moment philosophy can only verify the power of the negative and of the contradictions that this entails. Later, it will have to strive to construct new categories capable to live up to a completely new event.

Sevgi Doğan: With coronavirus, your concepts have become extremely timely on the agenda. For example, communitas and immunitas are very present in the debate concerning the community. How would you relate these concepts to the present pandemic?

Roberto Esposito: I would say that the categories of community and immunity do not constitute two polarities opposite and external to each other, but they are the two sides, or the two tendencies, of the same reality. Like every individual, so every community does have an immune system, without which it would explode. The point is understanding where the threshold lies, the threshold beyond which the immune system ends up discharging against the same body it wants to defend, as it happens in so-called autoimmune diseases.

Sevgi Doğan: Do you think biopolitics and surveillance are back on the agenda? In other words, will Foucault return to the center of philosophy and, if it is so, how do you think it can happen?

Roberto Esposito: It seems to me that Foucault has long been at the center of philosophy — at least of continental philosophy. The fact that biopolitics is on the agenda is clear to everyone, even those who have denied its relevance so far. All the problems that our societies are experiencing — from the economic crisis, to terrorism, from emigration, to the pandemic, lie on the biopolitical horizon. Not to mention health, artificial birth, postponed death, biotechnology.

Sevgi Doğan: In your penultimate book, you talk about the following main philosophical Italian categories: 1) you place the category of immune in relation to that of comune (common); 2) potenza (power) against  potere (power); 3) conflitto (conflict) in relation to neutralizzazione (neutralization). What are the differences between immune and comune and also between potere and potenza, and how can we connect these concepts with the pandemic?

Roberto Esposito: I would not use the expression “against”. Instead the term “in relation to” is fine. As I said before, it is impossible to speak, on different levels, of “common” and “immune”. The great authors, such as Machiavelli, Spinoza, Hegel, are those who are capable of thinking the two concepts together, one in relation and within the other. There is no order without conflict, or, as Foucault maintains, without resistance. And conversely, the conflict always determines a new order, which in turn generates a new conflict.

Sevgi Doğan: In the introduction of Da fuori. Una filosofia per l’Europa (2016; tr. A philosophy for Europe: From the outside), you say that the fate of the European continent is not different from the fate of the rest of the world (“The destiny of our continent, not different from that of the rest of the world, gambles on uncertain margin which, in the direct implication between politics and biological life, separates an affirmative biopolitics from a tanatopolitical crisis of unknown dimensions”, p. 5): with this statement, do you refer to the crisis and terrorism created by globalization and capitalism?

Roberto Esposito: The fate of the European continent is not different from that of the rest of the world, in the sense that the world is now stuck in a relationship network based on biology, environment, economy and information technology that makes it a single world that either saves everything together or lose everything together. This does not mean that within this common world Europe has not its own particular vocation — not only its political and social level — it remains, despite everything, the homeland of the welfare state, but also on the cultural and philosophical level as well, as I tried to demonstrate in Da Fuori.

Sevgi Doğan: My last question is: in your opinion, which is the only thing that has not changed in this changing agenda?

Roberto Esposito: Our destiny to be at the same time strenuously attached to life and inevitably exposed to death.

Cover photo: Roberto Esposito in an undated picture, from https://www.festivaldellamente.it/it/roberto-esposito/ 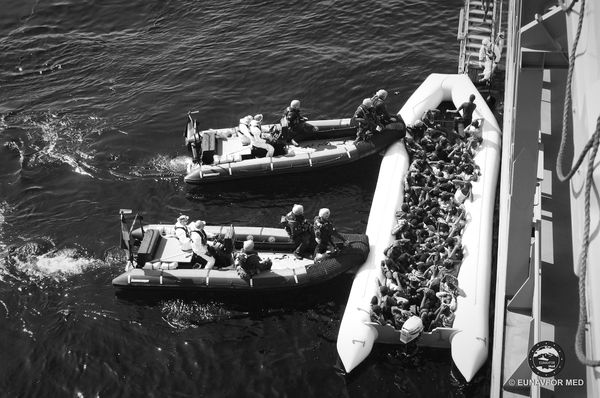 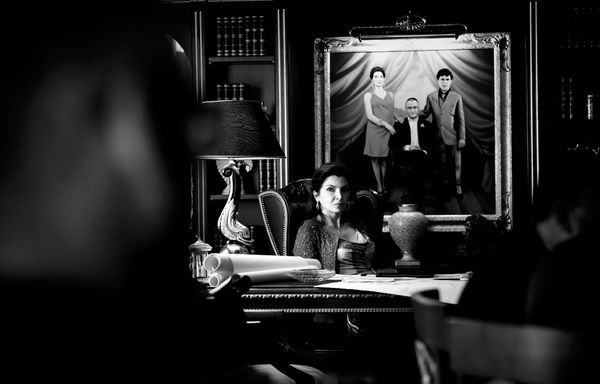 Feminism’s critique of popular culture for the way they degrade, objectify, distort and stereotype women are legion. In relation to their engagement with crime and violence for example women ⋙