On 3 May 2022, militants of the terrorist group Al-Shabaab entered the African Union (AU) military base in El-Baraf, Somalia, engaging in a fight against Burundian forces that caused dozens of casualties. Soldiers stationed at the camp formed part of the AU Transitional Mission in Somalia (ATMIS), which in April 2022 replaced AMISOM as the main authority promoting peacekeeping operations on the ground. The El-Baraf’s attack —the first suffered by ATMIS since its inception— reaffirmed the role of Al-Shabaab as a major security threat, highlighting the group’s resilience in the face of a changing regional scenario.

Despite the intensification of counter-terrorism efforts in Somalia, Al-Shabaab maintains a strong operational capability in several areas of the country. Militants continue to exercise control over many villages in the southern territories, also having expanded their radius of action in northern Somalia. What is more, Al-Shabaab has increased activities outside the country, stretching its tentacles in the East African region, where an increasing number of people have mobilised into violent jihad. At present, the group has an active presence in Kenya and is gradually consolidating ties in the southern areas of the region, particularly in Tanzania.

Such a state of affairs compels us to rethink current security policies on the ground. To do so, however, it is first necessary to understand Al-Shabaab’s line of action, shedding light on the evolution of the group’s activities in East Africa.

Since its early days, Harakat al-Shabaab al-Mujahidin, commonly known as Al-Shabaab (‘The Youth’), has displayed a strong adaptive nature, taking advantage of its surrounding socio-political environment to gain power and appeal. The group emerged during the early 2000s as an armed militia of Islamic courts in Somalia, coming to prominence during the 2006 Ethiopian invasion against the Islamic Courts Union (ICU). In such a context, Al-Shabaab managed to gain wide support from the local population (and the Somali diaspora community), presenting itself as the expression of a national Islamic resistance against the invader. Al-Shabaab’s narrative, leveraging religious values while condemning the Transitional Federal Government (TFG) of Somalia for its acquiescence towards the external aggression, enabled militants to overcome traditional clan divisions of the Somali society, increasing their influence in the country. The group rapidly took control of southern and central areas (including the capital Mogadishu), establishing itself as a major actor in the conflict.

Not long after having consolidated its role in Somalia, however, Al-Shabaab went into a process of restyling. The departure of Ethiopian forces in 2009 reduced the resonance of the group’s propaganda among the Somali population. Furthermore, militants faced several setbacks in the fight against AMISOM forces, losing control of Mogadishu. Such dynamics contributed to fuelling tensions within the organisation, culminating with a campaign of internal purge that left a small faction guided by the group’s leader Ahmed Abdi Godane in power. After having taken full control of the group, Godane sought to address emerging difficulties by intensifying a process of decentralisation, relying on rural guerrilla to contain rival forces in Somalia while increasing Al-Shabaab’s transnational aspirations. The group, which in 2012 had already joined Al-Qaeda’s orbit, progressively turned into a more volatile and elusive entity, exploiting the porosity of regional borders, and the persistence of major socio-economic and political inequalities among local populations, to gain traction in East Africa. In so doing, it reshaped its narrative, leveraging local grievances while presenting itself as the protector of marginalised Muslim communities.

The process of decentralisation has continued even after the death of Godane in 2014. The new leader, Ahmad Umar, has preserved Al-Shabaab’s influence in Somalia while expanding activities in Kenya. In the last decade, the country has suffered a dramatic escalation of terrorist incidents. Operating from its hideouts in the Boni Forest, Al-Shabaab’s armed branch Jaysh Ayman has intensified operations in the coastal area, while the group’s units have increased attacks in the north-eastern territories, close to the Somali border. In parallel, a supportive network has consolidated inside the country, developing around Al-Shabaab’s local affiliate cell, Al-Hijra. The latter has contributed to terrorist recruitment on the ground, also establishing links with Islamist militants in Tanzania.

In the last fifteen years, East Africa has experienced a significant increase in counter-terrorism efforts, with the launch of major regional initiatives by Western powers, the intensification of AU operations and the enhancement of surveillance systems by local governments. However, in spite of such efforts, relatively little has been done by policy makers to tackle Al-Shabaab’s strategy. True, military forces in Somalia have achieved important operational goals, using donors’ assistance to oust militants from several strongholds in the country. At the same time, police units in Somalia’s neighbouring states have contributed to improving security in key hotspots. Still, while making progresses on the battlefield, local and international actors have tended to pay considerably less attention to the social and political dimensions of the war on terror in the region. In so doing, they have overlooked critical factors enabling Al-Shabaab to rapidly recover from military setbacks, adapting to the new configuration of power and even increasing its appeal in local theatres.

One of these factors concerns the persistence of large ungoverned spaces in Somalia, characterised by the lack of basic services, where the group is still the main provider of security and justice. Operations in vulnerable areas have often focused on military-related aspects, prioritising the eradication of Islamist rule over the establishment of effective institutions filling the vacuum left by militants. This, however, has allowed the latter to survive in the shadow, spreading their net at the margins of society while waiting for the withdrawal of combat troops. An example of such dynamics can be made with reference to the capture of Barawe and Kismayu by Somali and AMISOM forces during the early 2010s. The two port cities played a key role within Al-Shabaab’s financial network, representing a major source of revenues through the smuggling of charcoal and sugar. Still, rather than succumbing, the organisation managed to overcome difficulties, decentralising its financial supply chain by exploiting social fragmentation and corruption on the ground. While abandoning major cities, militants increased activities at checkpoints and roadblocks, strengthening their taxation system to stabilise incomes. In 2019 alone, Al-Shabaab could rely on approximately US$21 million to finance operations in the region, benefiting from a ‘significant budgetary surplus’.

Another critical, and often neglected, factor of the war on terror in East Africa concerns local practices of governance. Despite causing setbacks to terrorist forces, counter-terrorism operations in the region have frequently exposed signs of social and political frictions that Al-Shabaab has been ready to exploit. A case in point is that of Kenya, where the escalation of terrorism has exacerbated historical tensions between the state and Muslim communities, especially ethnic Somalis. The latter have frequently been targeted indiscriminately during military and police raids, turning into scapegoats for the security crisis. Al-Shabaab has managed to take advantage of such conflictual dynamics to gradually expand its network in the country, aligning its propaganda to Kenyan history while presenting jihad as an act of resistance against state repression.

Without a closer focus on the socio-political terrain on which the fight against Al-Shabaab and its affiliates takes place, security policies in East Africa risk not only being unsuccessful, but also having detrimental effects in the long run. This is of key importance even in light of the increasing reliance on US airstrikes as an instrument to counter terrorism on the ground during recent years. Unmanned drones may be a useful tool to achieve operational objectives from a distance. However, as much as they can deprive militants of their leaders, or act as a deterrent against mobilisation, drones can hardly decrease the appeal of the terrorist message and avoid the emergence of a radical milieu. For counter-terrorism to be fully effective, security strategies cannot be abstracted from the local context. Rather, greater efforts should be made to address frictions and inequalities in the region, filling the economic and political voids that Al-Shabaab exploits to survive and prosper. It is only by engaging with the social arenas in which the group operates that security actors will avoid it from further circumventing military efforts, changing shape while penetrating the fabric of East African societies. 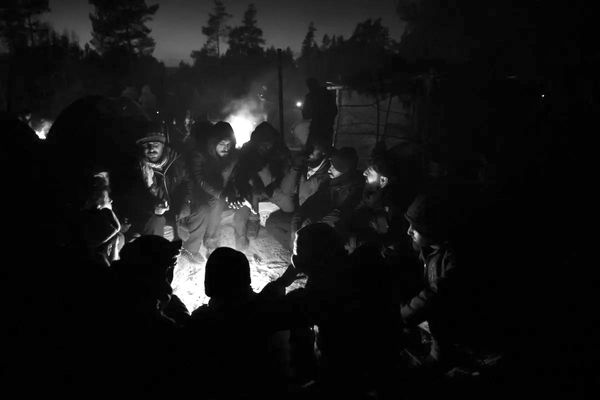 In less than a year, three new scenarios of crisis emerged within the EU and at its external borders. The takeover by the Taliban in Afghanistan in August 2021 further ⋙ 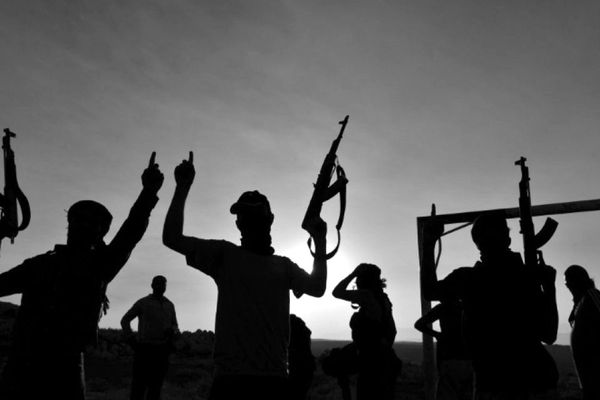 The war on terror in the central Sahel has not yet reached a strategic breakthrough, as shown by the uninterrupted escalation of violence striking the region since 2015. A closer ⋙