The coronavirus seems unstoppable. Science (with capital S) has dealt with the coronavirus mainly from a clinical and infectious point of view. In line with the standards of biomedical knowledge, this approach is expected to make a decisive contribution to offer relief to patients affected by this new pernicious epidemic. Although exponentially growing, however, the latter continue to represent a minuscule fraction of the human species. Much more numerous, though, are humans exposed to the psychosocial infection generated by the same pathology: these are probably now the absolute majority of the Earthlings, also as a result of unprecedented media exposure. Arguably, the coronavirus does not limit its aggressive action to the lungs and respiratory systems of those who are infected, but it also heavily affects the psychic functioning of those contaminated by media pollution and its political consequences. In spite of its widespread character, though, the study of the psychosocial pathology associated with the coronavirus epidemic is only in its infancy.

The present contribution ambitions to tackle this problematic research gap. The analysis builds on a cross-temporal analysis of a very large (actually, uncountable) set of patients exposed to the psychosocial pathogen worldwide. The comparative treatment of the data across a variety of places and phases of the epidemic has enabled the identification of different stages linked to the manifestation of the psychosocial disease. The author’s remote access to a relatively large pool of respondents from what is arguably the most hardly stricken area in Europe – Bergamo – puts this study at the forefront. It allows to dissect the most advanced stages of psychopathology, which presumably will be reproduced elsewhere with the subsequent waves of the crisis spill-over.

By no means the present study pretends to be exhaustive. While the large empirical bases and strong cross-case correlations increase our confidence in the credibility of the phases so far identified, it is actually quite likely that further phases will become apparent with the progress of the pandemic. This study therefore requires a constant update, that we leave for future researches. For the time being, at least, the findings presented herein below can help individuals from across the world locate the stage they find themselves in (and their environment: psychosocial diseases like languages, are inherently social) and get prepared for what almost infallibly will follow.

Symptoms: Diversion of attention and focus failures. Coronawhat? Sorry, I am very busy these days, cannot pay attention to everything going on worldwide.

Symptoms: consciousness obfuscated by clichés and routines. Sure, it may a problem in China. Or in Iran. Or in Italy. But those places are an abode of crises anyway. The coronathing will never get here.

Symptoms: over-reliance on adrenaline inhibitors. Ok, coronavirus is here. But it’s just like a normal flu. It’s actually less than a normal flu. Panic is for losers and social-media-fashion victims, we are cosmopolitan and craft and stay cool.

Symptoms: empathy collapses. It only kills the elders and the sick. And they have to die anyway. We live too long in the West, don’t we? Media tone down alarmism, and systematically underline that the victims had (unspecified) previous diseases.

Symptoms: anxiety fueling comforting belief that what we suffer here are the consequences of mishandling of the problem elsewhere. The Chinese mistreat animals and don’t abide by hygienic standards. The Iranians are corrupt. The Italians are lazy. The Europeans are inefficient. In the most acute forms of phase 5, symptoms can add up and mix, triggering incoherent associations: i.e. ‘Italians are lazy and corrupt and don’t abide by hygienic standards. A bit like the [insert a locale-adjusted despised scapegoat minority]. Wait, what were we talking about?’

Symptoms: unbearable levels of stress triggers inconsistent action and talk. Decision-making bodies alternate claims that ‘we must continue our everyday lives’ and that ‘we must shut everything down’. People wear bizarre disguises and accessories. Presidents invite to keep calm, go to theater, go shopping, just to impose a national state of emergency the day after. Schools get closed but shopping malls remain wide open. Confused crowds invade the supermarkets, helping to spread the contagion. Conspiracy theories proliferate.

Symptoms: self-seclusion and replacement of social life with virtual reality erodes common sense. Persecution complexes alternating with outbursts of megalomania. How can you not see how much I suffer? We are all sacrificing, we are unique, unparalleled, we are heroes. The world should get inspired by our refulgent example of resilience. In the most sophisticated forms, phase 7 manifests itself with (delusional) philosophical insights: Agamben was right, Foucault was right, neither was right but me. Universal value is undermined by lack of access to the external world.

Symptoms: fatalism and alienation. Sense of impotence and regression to childhood. Transcendental beliefs replace collective deliberation. There is nothing we can do. We all have coronavirus. We all are coronavirus. We tsunami will come and overwhelm us all. It is the just punishment for our immoral conduct. Rational plans and normative principles give way to irrational hopes to simply muddle through and get by. Frequent bouts of hysterical laughter and compulsive online sharing of ironic memes accompanied by anxiety attacks in the morning hours. 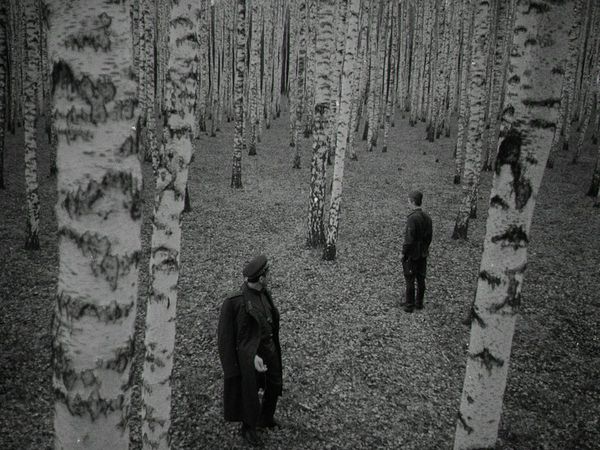 “Non ci possiamo baciare! Senza baci!” We find ourselves confined inside our homes due to the coronavirus. As individuals, we shoulder the responsibility. We feel lonely and isolated. And nevertheless, ⋙

by Giorgio Falchi, Antonella Lena, Michela Masciocchi, Roberto Talenti Much has been said on the current leader of North Korea Kim Jong-un: a crazy rocket man or a genius, a ⋙