The faltering implementation of the peace agreement provides favorable circumstances for the surge of organized crime, while the conditions of those who have been most affected during the years of conflict are deteriorating.

From a distance, the Colombian Peace Agreement seems to provide the most comprehensive set of conditions to end the conflict and build peace in a country that has lived over half a century of armed confrontation. After several years of negotiations and compromises among various stakeholders, the final agreement was signed in August 2016 between the Colombian government of president Juan Manuel Santos and the Revolutionary Armed Forces of Colombia (FARC). Notwithstanding the initial substantive backing and the widespread support of the international community, the incumbent administration thwarted important resources and societal schisms that have never healed only exacerbated. Amidst this unstable environment, the faltering implementation of peace provides favorable circumstances for the surge of organized crime, while the conditions of those who have been most affected during the years of conflict are deteriorating.

The Agreement established an ambitious span of fifteen years for all its components to be successfully completed. According to the Kroc Institute for International Peace Studies, as of February 2019, almost three years after the signature, thirty-five percent of the commitments are in an advanced stage of implementation, while the rest is either minimal or yet to begin. Demobilization and political participation have advanced considerably – as evidenced by most former FARC members who have laid down their weapons – yet the authorities have lagged in guaranteeing their protection given that 180 former combatants were murdered during the past years of assumed peace. Also, the rural reform should mark the end of the rupture dividing the “urban Colombia” where state presence is meaningful, and the “rural Colombia” where most of the armed conflict was fought. It’s true that the development of this commitment is meant to take a longer period of time, but most of the promises have not been fulfilled as agreed.

In regard to unfulfilled promises, transitional justice is one of the obligations which seems to be a noticeable source of feuds among the political sectors. The Special Transitory Districts for Peace were intended to allocate parliamentary seats directly to the victims of the conflict – the Agreement bars candidates from traditional parties, including FARC – as a way to give voice in Congress directly to those that suffered the most from the war. Their participation represents a landmark in terms of victims’ justice, as a way to better understand reparations and to include such needs in the national budget. However, the realization of these Special Transitory Districts for Peace has been stalled in congressional debate since 2017, initially due to a misinterpretation of voting procedures that led to the archiving of the proposal. There is rising ambiguity in the public debates about this provision of the Agreement, which is facing the possibility for complete reformulation from the original proposal. Moreover, political participation of the victims cannot be limited to casting a vote for the same traditional political class, but rather giving them the possibility and the agency to participate and raise their own concerns related to their socio-economic rights. Therefore, failure to translate these promises into concrete actions results in the perpetuation of grievances that foresee a reactivation of conflict, particularly for those who might be tempted to take up arms vis-à-vis the absence of opportunities.

President Iván Duque’s center-right government has received considerable backlash from public scrutiny for his stagnant support of the Accords. Throughout his candidacy, Duque contentiously condemned the peace process carried out by his predecessor, currying support from the conservative sectors linked to former president Álvaro Uribe (in office 2002-2010). The pressure from civil society and the international community could be considered as urging Duque's consequent attempts to comply to the demands of the deal. Throughout the process, Duque has been challenged by governmental divisions that explicitly reflect on Congress, where his party does not hold a majority to pass key legislation. Instead of depending on aggressive counterinsurgency techniques, the key for engaging the rampant inequalities and insecurities are bound to the capacity of the State to carry out the promises made in the sake of development.

The power vacuum that was left after the FARC’s demobilization in the rural areas was promptly filled by new criminal and drug-trafficking organizations. At the same time, powerful right-wing elites continue their uncompromising, aggressive opposition to the Agreement. A critical moment was reached when the air force bombed a jungle camp of FARC dissidents, leaving fifteen people dead, among which there were eight children. The tragedy took place not long after a small fraction of FARC members announced the abandonment of the Agreement.

Parallel to the peace process, criminal dynamics have been stimulated rather than contained. The “Ex-FARC Mafia” has become a new player in Colombia’s criminal ecosystem. As a consequence, and outweighing their motivations, Mexican Cartels were brought into the spotlight and, in the midst of chaos, have sophisticated their tactics, expanded their criminal market, and sought alliances with these organizations to heighten their influence. The possible scenarios play out either in favor of the Agreement’s capacity to provide strong leverages – rural reform, protection, successful reintegration mechanisms – to pull those dissidents away from this phenomenon; or to the disastrous failure of peace and rebirth of a new insurgent army that could once again trigger the armed conflict.

The demobilization of FARC sets an important precedent for security in conflict-affected areas. The containment of the Ejército de Liberación Nacional (ELN), which did not take part in the 2016 peace signing, and whose violent activities continue to pose a threat to political stability, is still somewhat insufficient. The influence of ELN is expanding into border zones of Colombia, peculiarly benefiting from the strategic safe haven provided within Venezuelan territory. From a geopolitical perspective, this affiliation adds to the already jittery diplomatic relations and broadens the challenges for Colombian foreign policy.

The consequences of a fractured implementation of the Agreement intensify the sense of injustice and inequality among an already divided society. New vicissitudes introduced by rising non-state actors in the criminal ecosystem of Colombia demonstrate the authorities’ inefficiency in the fulfillment of the peace process. The government claims that there is a threefold nexus between the stabilization of political participation in a country haunted by a past of continuous political violence, the need to develop licit opportunities and the surge of organized criminality. Moreover, the future leadership in Colombia should concentrate its attention on bridging urban and rural Colombia, with efficacy and dignity. Needless to say, signing peace should only be considered a first step towards a comprehensive approach to the root causes that sustained the armed conflict for several decades.

by Giorgio Falchi, Antonella Lena, Michela Masciocchi, Roberto Talenti Much has been said on the current leader of North Korea Kim Jong-un: a crazy rocket man or a genius, a ⋙ 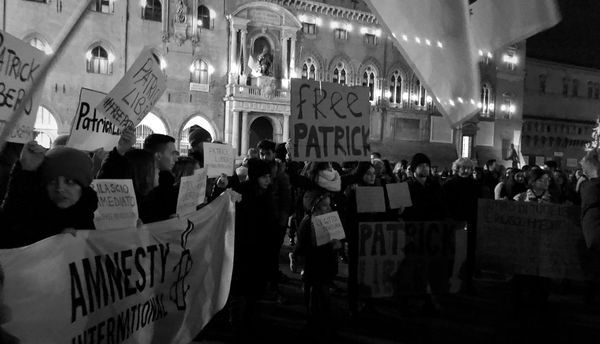 Nearly four years after the brutal murder of Giulio Regeni, a doctoral student conducting fieldwork in Cairo, the Egyptian authorities continue to repress intellectual life for both students, academics and ⋙