It has been five years since Dr. Ahmadreza Djalali's was arrested, imprisoned and sentenced to death in Iran. On Monday, April 26, 2021, Prof. Ole Petter Ottersen, President of the Karolinska Institutet, Prof. Gian Carlo Avanzi, Rector of the University of Piemonte Orientale, and Prof. Caroline Pauwels, Rector of the Vrije Universiteit Brussel, strongly called for his release. Below you can fınd two statements by SAR (Scholars at Risk Network) and three European universities demanding his release.

Statement by Scholars at Risk (SAR)

On the five-year anniversary of Dr. Ahmadreza Djalali’s arrest, Scholars at Risk (SAR) remains alarmed at his continued detention and repeated denial of medical care, and encourages immediate action to rectify the human rights violations surrounding his arrest, detention, and death sentence.

Dr. Djalali is a prominent scholar of disaster medicine who taught most recently at Karolinska Institute, in Sweden. He held similar positions at the Università del Piemonte Orientale, in Italy; and Vrije Universiteit Brussel, in Belgium.

Clare Robinson, Advocacy Director at SAR, said, “We understand that Dr. Djalali’s health has severely deteriorated since authorities transferred him to solitary confinement in November 2020. His family fears that Dr. Djalali could die in prison if he continues to be denied the urgent medical care he needs.”

The three institutions call on the academic community to seek Dr. Ahmadreza Djalali’s release. “Dr. Djalali’s situation should concern scholars and society everywhere. He has been sentenced to death in apparent retaliation for international scholarly collaboration within his field of study. His wrongful prosecution and imprisonment, much like the wrongful prosecution and imprisonment of scholars and researchers like him, serves to endanger academic work, and deprives everyone of the benefits of scientific inquiry and exchange.”

While visiting Iran in April 2016 to participate in a series of workshops hosted by universities in Tehran and Shiraz, authorities arrested Dr. Djalali for “collaboration with hostile governments” and “acting against national security.” Dr. Djalali was subsequently detained in Evin Prison and intermittently held in solitary confinement.

On October 21, 2017, Dr. Djalali was sentenced to death for “corruption on earth” (ifsad fil-arz), based on unsubstantiated allegations that he had provided intelligence to the Israeli authorities. Dr. Djalali has disputed the allegations, asserting that his ties to the international academic community are the basis of his prosecution. SAR understands that Dr. Djalali has been denied the right to appeal the conviction and sentence, and has suffered torture, ill-treatment, and a growing number of medical complications while in state custody.

Scholars at Risk calls on Iranian authorities to suspend the capital sentence issued against Dr. Djalali and to secure his immediate release so he may receive the medical care he urgently needs.

Five years have passed since Dr. Ahmadreza Djalali, an esteemed Iranian-Swedish scholar of disaster medicine, was wrongfully imprisoned. To date the evidentiary basis for his arrest, death sentence, and continued detention remains undisclosed.

We, the Karolinska Institutet, the Università del Piemonte Orientale, and the Vrije Universiteit Brussel, were privileged to count Dr. Djalali as a colleague, are once again publicly calling for his immediate release.

Dr. Djalali must be released now. His health is rapidly deteriorating. During his imprisonment, he has been repeatedly denied access to essential medical care, despite evidence that he is suffering from leukaemia. Throughout the pandemic he was held in a cell of about 30 square meters that he shared with fourteen other prisoners, until he was moved on November 24th, 2020, into complete isolation. After over 140 days in solitary confinement, Dr. Djalali was transferred back to a multiple-occupancy cell in Evin prison, where he remains under the constant threat of execution.

Authorities continue to deny Dr. Djalali access to his lawyer or family, raising grave concerns that the authorities may still be planning to carry out his execution in secret. Their refusal to provide Dr. Djalali access to appropriate medical care further suggests that they have resolved to allow him to die without having to explicitly execute him.

Dr. Djalali’s situation should concern scholars and society everywhere. He has been sentenced to death in apparent retaliation for international scholarly collaboration within his field of study. His wrongful prosecution and imprisonment, much like the wrongful prosecution and imprisonment of scholars and researchers like him, serves to endanger academic work, and deprives everyone of the benefits of scientific inquiry and exchange.

We, the Karolinska Institutet, the Università del Piemonte Orientale, and the Vrije Universiteit Brussel, reiterate our appeal to secure Dr. Djalali’s unconditional release, so that he can return home to Sweden. We demand that authorities ensure that Dr. Djalali has immediate access to a qualified health professional, who can provide health care in compliance with medical ethics, including the principles of confidentiality, autonomy, and informed consent. We urge the international community to take immediate renewed action in response to the deteriorating situation that Dr. Djalali is currently in, and we urge the EU and the Member States to intercede in this case before it is too late.

We must do everything in our power to save Dr. Ahmadreza Djalali's life. 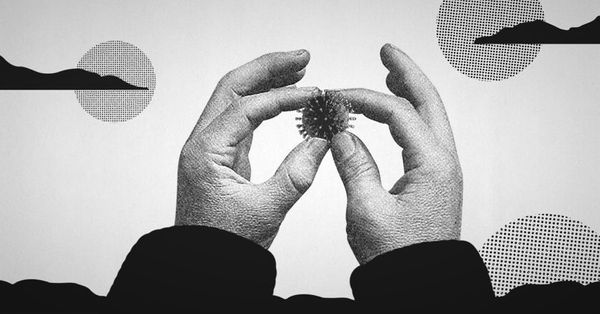 “This coronavirus was such a good deal”. The manager of a company operating in the sanitisation sector was sanguine when discussing his business prospects on the phone. The Police of ⋙ 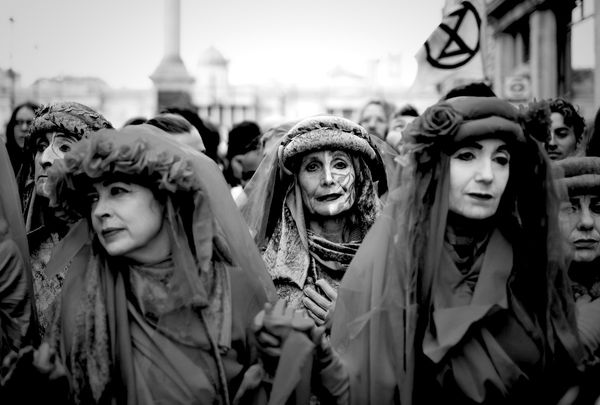 The fight against violent extremism has become one of the key objectives of the European Union’s external action. But what is the EU actually doing to prevent and counter ⋙