Radicalisation as the main conduit to terrorism has by now become a slippery as much as pervasive concept: it is ubiquitous and chimeric at the same time, it is everywhere but no consent can be found about how to define it. On the other hand, the proliferation of policy endeavours, multi-sited narratives as well as studies on radicalisation has created the illusion that — a little bit like pornography — although we cannot define it, “we know it when we see it”.

This artifice culminates with the belief that radicalisation has entered the public field of higher education. On the one hand, universities are believed to be the ultimate incubators of radicalism; on the other, they are being assigned a specific role in counter-radicalisation efforts, controlling the exposure of young people to radicalising ideas, and mitigating the risk of legitimating radicalised people in front of audiences in their crucial stages of intellectual development and experimentation — a process that may naturally lead towards radical attitudes. If one considers the history of student social movements and protests in the past decades, there were plenty of radical ideas we should be extremely careful with labelling them as “threatening” or “dangerous”.

Universities in the UK have been identified among the “specified authorities” that are subject to the Counter-Terrorism and Security Act 2015: they have a “prevent duty”, that is, a duty to have “due regard to the need to prevent people from being drawn into terrorism”.[1] The Secretary of State retains the power to issue directions (enforced by a mandatory court order) to a specified authority for implementing the prevent duty, should the former have failed to effectively perform the latter. While the link between radicalisation and terrorism is not mentioned in the Counter-Terrorism and Security Act of 2015, it does figure in the Prevent Duty Guidance for higher education institutions was first issued in March 2015 and then revised 4 months later, in July.[2] According to these documents, specified authorities — including universities — are expected to use counter-terrorism local profiles that are produced by the police to assess the risk of individuals being drawn into terrorism; in particular, the risk stems from violent extremism and non-violent extremism. The evaluation of the risk of individuals being drawn into terrorism as a consequence of radicalisation is based by the Vulnerability Assessment Framework, which is part of “Channel” — a programme identifying individuals at risk according to a series of potential indicators, among which there are some “psychological hooks” (“engagements factors”) and “the mindset that is associated with a readiness to use violence” (“intent factors”):

Feelings of grievance and injustice

A need for identity, meaning and belonging

A desire for status

A desire for excitement and adventure

need to dominate and control others

A desire for political or moral change

Family or friends involvement in extremism

Being at a transitional time of life

Being influenced or controlled by a group

Over-identification with a group or ideology

Them and Us’ thinking

Dehumanisation of the enemy

Harmful means to an end

Risk assessment and mitigation include rather intrusive measures, such as a continued surveillance by the university staff on students, who are expected to diagnose early signs of radicalisation such as changes of outlook and behaviour and to report them; the use of content filters for electronic resources, elaborating at the same time specific procedures for researching on topics related to extremism, radicalism and terrorism; detailed rules to decide whether an external speaker may or may not be hosted during a university-promoted event; monitoring on the activities of students' unions and societies.

It is quite evident that a risk assessment based on the criteria listed above and the measures undertaken by universities to mitigate that risk may lead (and has actually led, see below) to restrictions of academic freedom, self-censorship, inhibition of academic debate, criminalisation of ideas, developing a culture of suspicion on campuses. On this regard, the Parliament’s Human Rights Joint Committee pointedly noted already in early 2015:

6.10 [...] we are concerned about the implications for both freedom of expression and academic freedom as a result of the applicability of the proposed new duty to universities. […] the lack of legal certainty over terms such as "extremism" leaves too much discretion to the police to decide, in the heat of the moment, what counts as "extremism". […] universities are precisely the places where there should be open and inclusive discussion of ideas. Broad terms such as "extremist" or "radical" are not capable of being defined with sufficient precision to enable universities to know with sufficient certainty whether they risk being found to be in breach of the new duty […]. This legal uncertainty will have a seriously inhibiting effect on bona fide academic debate in universities, and on freedom of association, as lecturers and students worry about whether critical discussion of fundamentalist arguments, or of the circumstances in which resort to political violence might be justified, could fall foul of the new duty.

6.11 In our view, because of the importance of freedom of speech and academic freedom in the context of university education, the entire legal framework which rests on the new "prevent" duty is not appropriate for application to universities. We recommend that the Bill be amended to remove universities from the list of specified authorities to which the new duty applies. Alternatively, we recommend that the Bill be amended to add the exercise of an academic function to the list of functions which are excepted from the application of the duty.

6.12 We also remind Parliament that is has previously given statutory recognition to academic freedom in s. 202 of the Education Reform Act 1988 which provides that University Commissioners "shall have regard to the need to ensure that academic staff have freedom within the law to question and test received wisdom, and to put forward new ideas and controversial or unpopular opinions, without placing themselves in jeopardy of losing their jobs or privileges they may have at their institutions".

The Parliament’s Committee was not the only one raising its voice of alarm: in addition to several students’ unions campaigns, in February 2015 more than 500 professors protested via an open letter published by the Guardian (“Counter-terrorism and security bill is a threat to freedom of speech at universities”).[4] These remonstrations have not hindered the implementation of the prevent duty in many universities across the UK, as different cases reported by the newspapers display (they refer to both before and after 2015, as there have been precedents of the recent policy since the early Two-Thousands). In one case, students have been investigated for having read textbooks on terrorism or having acceded teaching materials on terrorism-related subjects.[5] Another researcher was detained for possessing the al-Qaeda training manual that he was using as source material for his research on terrorism.[6]

These events should be considered not only in the context of the counter-terrorism and counter-radicalisation strategies pursued by the government in the UK. There is a subtle tendency to designing universities increasingly as “safe places”, sterilising them from what can be perceived as intellectually and/or emotionally challenging. Practices of no-platforming, reserving the right to vet and ban speakers, lecturers, courses and syllabus deemed harmful, offensive, disrespectful and even discomforting are having the ultimate consequence of silencing “deviant” and “dissident” voices. Whereas on the long run this trend may atrophy the spur on intellectual curiosity, in the short term, in the age of counter-radicalisation, it may result in further marginalisation of allegedly hazardous ideas. Rather than being deconstructed, dissected, studied and critically reviewed, such ideas will be simply removed from the public debate and relegated to the peripheries of knowledge production sites.

Monitoring, disciplining and policing those activities that the university is expected to perform on campus is just one part of the story of how counter-terrorism has occupied the academic field. There is another aspect that needs further consideration, i.e., the embedded relations between universities on the one hand and the intelligence/defence/police communities and security establishment on the other. Such relations are corroborated, for example, by the overt or covert participation of government agencies representatives in academic meetings, lectures and conferences, as well as the financing of research and teaching programmes by the respective ministries.

For example, the Ministry of Defence sponsors the Defence Science and Technology Laboratory (Dstl), officially tasked with ensuring “that innovative science and technology contribute to the defence and security of the UK”; and the Research, Information and Communications Unit (RICU) has been established in 2007, based at the Office for Security and Counter-terrorism (OSCT) at the Home Office. Parallel to it, research groups and centres specifically devoted to security studies are installed at Oxford, Cambridge, Aberystwyth, Birmingham, Brunel, Buckingham, Nottingham, St Andrews, and Warwick, among others.[7] Furthermore, the Economic and Social Research Council, the Arts and Humanities Research Council, and the Foreign and Commonwealth Office concentrated a considerable amount of investments in “The New Security Challenges: Radicalisation and Violence Programme” (almost £2.5 million in funding, for a total of 9 projects involving participation of 25 investigators and researchers between July 2007 and December 2009).[8] The Economic and Social Research Council also administered the process through which funding was secured to establish, in 2015, the Centre for Research and Evidence on Security Threats, “a national hub for understanding, countering and mitigating security threats”. CREST’s take-off has been funded, for its first 3 years, by the UK security and intelligence agencies (£4.35 million) as well as by the founding institutions (£2.2 million from Birmingham, Cranfield, Lancaster, Portsmouth and the West of England).[9]

This model is not peculiar to the UK. As a matter of fact, in November 2015, immediately after the Paris attack, the CNRS (French National Center for Scientific Research) issued a call for project proposals dubbed “Attentats-Recherche”, revolving around “all subjects relating to the issues facing our societies following the terrorist attacks and their consequences, in order to pave the way to new – social, technical and digital – solutions”.[10]

The European Union flagship H2020 research funding framework under its 2016-2017 work programme on Secure societies issued a call to submit research proposals about, among other topics, "Developing a comprehensive approach to violent radicalization in the EU from early understanding to improving protection" (SEC-06-FCT-2016) and "Human Factor for the Prevention, Investigation, and Mitigation of criminal and terrorist acts" (SEC-07-FCT-2016-2017).[11]

The involvement of researchers and the engagement of public universities in the vast and sensitive debate on radicalisation and terrorism should not be considered politically or epistemologically “wrong”. Beginning with the observation that the alleged causal linkages between such semantic and empirical constellations called radicalisation, extremism and terrorism are far from being plain and linear, there is indeed a need for more problem-raising and more research into the matter. However, as students and scholars our primary responsibility is to keep ourselves constantly alerted about the existence of different power wielders potentially controlling the process knowledge production on these questions by carrying some specific epistemological agendas that may contribute to shaping and contouring the definitions of social and political deviance. The special attention, a sort of watchful counter-vigilance, that we must pay with regards to the freedom of speech, of expression, and of research exercised within the universities is part of a broader struggle in defence of the possibility of militancy and activism. No doubt that universities have played an historical role as breeding grounds of contestatory ideas; however narratives and practices of counter-radicalisation are likely to end up in deterring, if not interdicting, varius expressions of dissent both within and beyond higher education institutions. 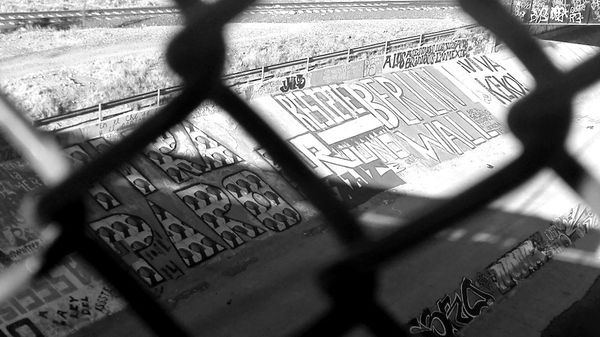 The construction of a Great American Wall on the border with Mexico is still seen as a pressing necessity by large sectors of the U.S. administration and electorate. Why ⋙ 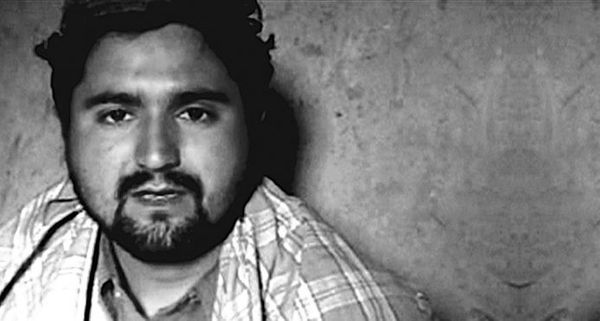 Kidnappings by terrorist groups are on the rise globally. The chances of surviving this ordeal vary greatly according to the nationality of the victim. This is particularly true for aid ⋙